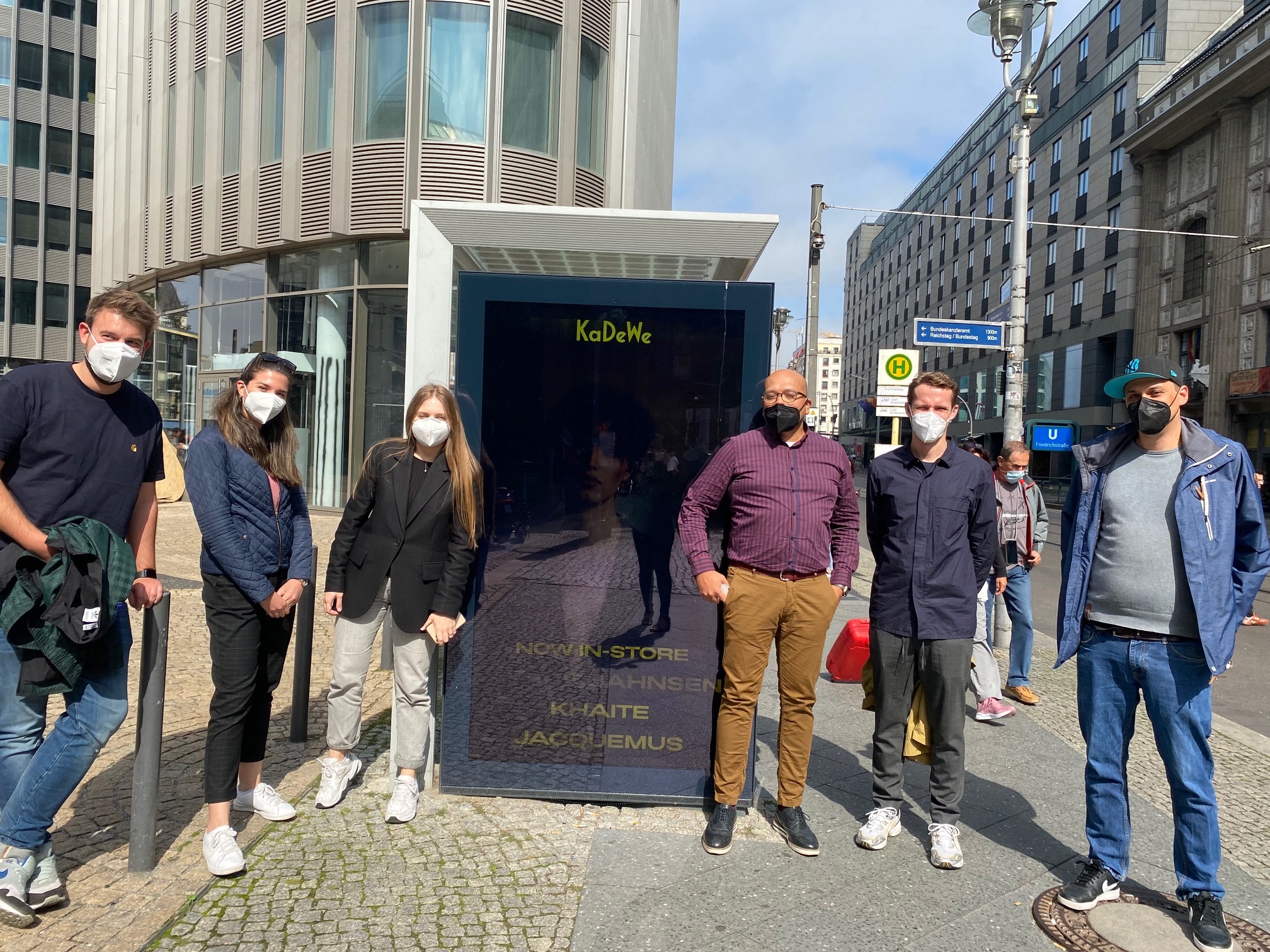 Getting up close and personal with JCDecaux digital screens

During our recent visit to Berlin, the WallDecaux team took VIOOH on a digital screen tour which gave us a unique insight into digital out of home screens (DOOH) - looking specifically at how they are set up, maintained and monitored.

DOOH screens come in many forms and sizes. At WallDecaux, the most common screens include D6s and billboards, with the main types encompassing LED, HD and 4K. D6s (Aspect Ratio 9:16) account for around nine of out 10 (88%) of their inventory and others include Projectors (landscape) with Aspect Ratio 16:9.

The tour enabled us to get up close and personal with the screens and learn some insightful detail about WallDecaux’s digital screens. Below are some of our key takeaways:

Some smart technical features of these screens include the fact they have brightness sensors at the top, which automatically detect the level of light outside and adjust the brightness of the screen accordingly.

The smart sensors also allow the screens to adjust the brightness remotely, in line with city restrictions. Most cities do not allow more than 200-250 nits (unit of brightness) in the twilight zone, whereas the displays are capable of 2500 nits of brightness.

The screens can withstand tough weather conditions and have been tested to work in temperatures that range from -10°C to +50°C - good enough for the Sahara desert!

The screens generate a lot of heat when on the street and need a heat exchange system - here is an inner and outer circle for the air circulation inside the display. When it’s really cold, it’s important that the display is running or else the components can freeze and the whole display could malfunction or not function at all.

There are sometimes accidents that can damage the screens, such as a car driving into a screen, but these are fairly rare - approximately five per year.

Most problems arise more due to screen blackouts though - these are mostly technical issues arising due to some components malfunctioning, for example, due to the solder contacts melting due to high temperature.

The screens can also detect if a picture is stalled, as an error message is generated to the team to notify them something is wrong. This error message notification system is called Digital Watch, which automatically detects if the screen image is not moving or is blacked out and will send a notification to the concerned maintenance team that there is an issue.

The screens are all based on a Linux operating system and are either single-sided or double-sided. There are around 400 85” single and double-sided Samsung screens in Berlin and also 86” screens from AMI, which have a brightness capacity of 3500 lumens.

These screens can deliver JPEG, Video and DCO/HTML5 creatives. As most of the WallDecaux screens are contracted with city authorities, there is an approval process around some creative ideas that can be executed as there are health and security considerations. For media owners with DOOH screens that are contracted with private landlords, the process tends to be slightly more flexible.

By 2024, the WallDecaux team have ambitions to grow their digital portfolio and double the number of screens (to about 2000 in total). There will be predominantly three formats: the poster (D6), the billboard, and pillar screens.

To discover more about WallDecaux’s inventory, you can check out their website here.